Architecture, which represents a culture, must not miss the opportunity to project itself towards the future by exploiting the cultural, technological and economic circumstances of its own period, says Giovanna Carnevali, Director Fundació Mies van der Rohe

The new times are here with us; they exist regardless of whether we want them or not. (...) The only decisive thing is how to assert ourselves in these given circumstances. Mies van der Rohe

History tells us that in medieval Germany the twenty-fifth anniversary of a married couple was celebrated as recognition of their having managed to maintain a harmonious relationship over a long period of time.

Commemorating the 25th anniversary of the European Union Prize for Contemporary Architecture - Mies van der Rohe Award is tantamount to celebrating the achievement of having reached the present day with our enthusiasm for fostering innovation and quality in architecture entirely intact. On the other hand, however, it also calls for an exercise in retrospective meditation and a necessary reflection that will enable us to continue for a further twenty-five years rewarding architecture’s ability to understand the circumstances of the moment and exploit them at the service of a society in constant evolution. Mies’s declaration concerning ‘the new times’, their inexorable existence and the potential we carry inside to face and evaluate the possibilities that each moment offers  is particularly opportune in the current situation.

Mies wrote this at a time when Europe was immersed in an economic and political crisis that broke out at the end of the 1920s, the natural consequence of which was a dearth of professional opportunities, which the architect took advantage of to conduct a research project whose result would be a benchmark by which to understand the development of architecture during all the periods that came after him. Eighty years later, in the midst of what in some ways is a similar situation, it would be expedient to change the word ‘crisis’ for ‘point of inflexion’, in allusion to the opportunity to engage in serene reflection on the needs of a society aware of the fact that a system is nearing exhaustion.

My appointment as Director of the Fundació Mies van der Rohe has coincided with this point of inflexion and, consequently, it is my intention to contribute to converting this period into an opportunity to listen to a society that demands accountability for the present and future of the world in which we live. When speaking about the Fundació and the Prize, I must of necessity refer to their origin: the Pavilion that the architect designed and built for the 1929 Barcelona World Exhibition. The decision taken, years later, to reconstruct this architectural landmark is evidence of the significance of a work whose preservation was regarded as essential by virtue of its exceptional nature. True to this same spirit, the Award was instituted with the will to acknowledge not only innovation in the material and technical realms but also excellence in all the facets that together constitute a work of architecture.

New technologies have come to foster acceleration of activity in all fields, thereby generating expectations of constant innovation. Architecture, which represents a culture, must not miss the opportunity to project itself towards the future by exploiting the cultural, technological and economic circumstances of its own period. Nonetheless, as I commented earlier, perhaps the moment has come to stop and listen to the demands of society in these times of change, to engage in an exercise of inner searching in order to analyse the results of the evolution of architecture in recent years and to establish new objectives. It seems that the need has arisen to ask whether a unanimous view exists or whether we must pool the different points of view to establish the aspects to be valued of a specific work. While to maintain its balance history might require shock therapies capable of transforming a culture and of placing within reach of society those technical and technological advances through an aesthetic evolution able to represent the ‘spirit of the times’, it is equally true that not only technology leads to progress: social development itself , in a kind of vicious circle, nurtures the cultural changes it generates. Nevertheless, these changes materialise in a time gap between innovation and interiorisation. And it is this fact that provides us with the opportunity to constantly and meticulously observe what society calls for to satisfy its physical, intellectual and spiritual needs.

In recent years the evolution of telecommunications, the genesis of a digital universe and the so-called collective brain have placed multidisciplinary knowledge within our reach that, in the past, architects like Mies sought in books, thereby revealing through their efforts the need to acquire the kind of knowledge that would allow them to raise questions such as the nature of the essence of architecture.

With this question, the answer to which is ineffable, and far from proposing merely theoretical exercises nurtured by a parallel discourse, Mies exhibited his intellectual efforts in the form of the architectural object, which as such he based on a set of prior conditioning factors among which the site played an especially significant role together with the suitable use of technology and technics and the discerning choice of materials. In this way, he anticipated the needs of a society that would soon demand a new way of being in the world.

At the present time, the proliferation of interconnected information units requires us, first of all, to ask ourselves what our objectives are and how we may obtain the tools we need to meet them. Because an initial step consists of selecting the information necessary to respond to the socio-cultural expectations of the moment and to learn to navigate in search of that knowledge that will help us come increasingly closer to an understanding of the aim of our task. Decisive keys in the development of the digital universe are opinion communities, blogs, forums and social networks, which provide us with a unique opportunity to establish a relationship with the potential and ultimately compulsory users of architecture, in an act of heeding an instrument that contributes to fostering genuine democracy.

Many complementary forms of knowledge have gradually placed us in greater proximity to the user over the space of over a century. Since the 1800s, the theory of perception has been in constant evolution and has placed within our reach the possibility of understanding what the mechanisms are through which the environment influences our state of mind and, by extension, all aspects of our lives. Technology has revolutionised the way we conceive, generate and experience space. The relations between people and objects are increasingly mediatised. The development of environmental studies has made people aware of the importance of regulating consumption of specific energy resources, etc. Architects have echoed all this knowledge by seeking the way to implement it in innovative projects, thereby revealing their ability to react and adapt to change and their sensitivity towards and commitment to ongoing training.

We should ask ourselves, however, whether the pace marked by the constant evolution of the digital era is the ideal one for an architecture that would maintain the quality of all its aspects over time as well as defining a set of clear objectives.

To exemplify this issue, I shall refer to what we call ‘sustainable architecture’: For a time this term was used to refer to the inclusion of mechanisms whose purpose is to exploit alternative forms of energy. Nonetheless, commitment to the environment requires a vision of the future that begins with appropriate use of the resources of a specific place, in terms of orientation, command of sunlight, exploitation of natural light and so on, as well as use of materials that minimise the impact of transport and behave suitably in all senses (in their quality of definition of space, in their capacity to regulate temperature and, needless to say, in their long-term performance). I refer to a system of actions that must be implicit in what we understand as good architecture rather than a label that is added independently.

Of particular importance at present are two issues that represent society’s becoming aware of the unsustainability of human activity in the developed countries: applied ethics and social responsibility. Both are geared towards marking guidelines in favour of the common good and constitute a call for good professional practice.

If Corporate Social Responsibility involves compulsory compliance with national and international legislation, whose existence reflects what current social demands are, applied ethics may be understood in terms of the requirements of life in society rather than of a set of principles that may be imposed on a given reality, that is, they require us to assess specific situations without losing sight of the principles and values of the corresponding social environment.

All this is applicable to our profession, with all the more reason given the nature of its object. Listening to society does not mean standing on the sidelines; it means making the effort to reflect on what we understand as ‘good architecture’. As Mies said, ‘I don’t want to be interesting, I want to be good’.

I should like to think that the new phase that is beginning after this latest edition, which marks the success of the first twenty-five years in the life of the Prize and during which over 2,500 works have been selected from all over Europe that represent the richness and integration of its constituent cultures, will be disposed towards acknowledging efforts to combine new technologies with good practice in design and construction and addressing the impact – both positive and negative – that globalisation might have on the evolution of national architectures.
- Giovanna Carnevali
Director Fundació Mies van der Rohe 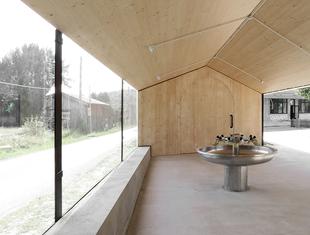 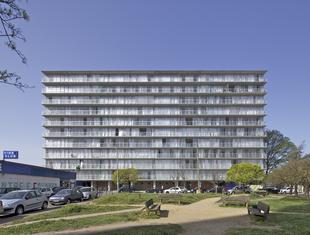 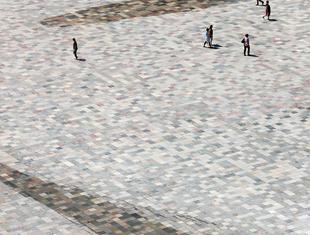 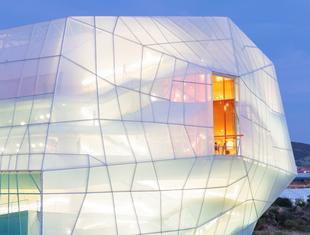 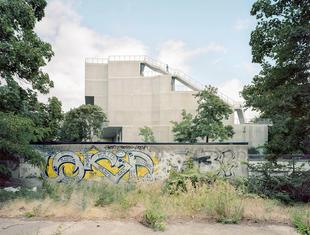 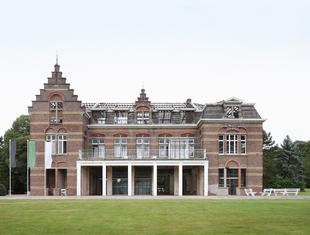 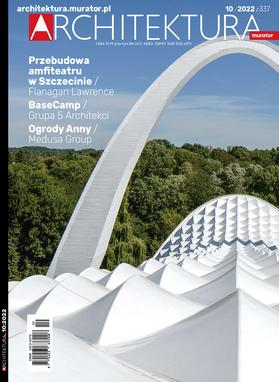 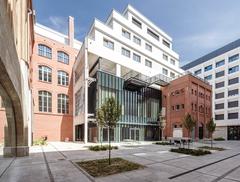 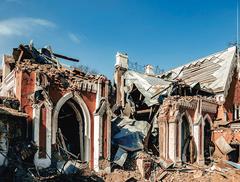 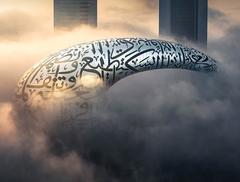